“If you don't read the newspaper, you're uninformed.

If you read the newspaper, you're mis-informed.”

Santosh Desai is a leading ad professional. He says he has strayed into writing entirely by accident, and for this he is "grateful". "City City Bang Bang" looks at contemporary Indian society from an everyday vantage point. It covers issues big and small, tends where possible to avoid judgmental positions, and tries instead to understand what makes things the way they are. The desire to look at things with innocent doubt helps in the emergence of fresh perspectives and hopefully, of clarity of a new kind.

Well, so now we know something about the Author and the content of his weekly blog.
Let me further dissect the details little crudely:
So once again, mind it, you will be forced to revisit this detail later -

The author is an ad-professional with an interest in “Casual” writing and hence “strayed” into it. His writings look at  “contemporary Indian society” and “avoid judgemental positions”

Now comes the key Q: why should I be wasting my time on such an unimportant and silly subject. Well, read on …

I couldn’t stop myself breaking into laughter with sheer disbelief upon glancing over City City Bang Bang today: A successful failure?

Name is Desai, Santosh Desai; picks up the most sensitive and serious subject of Terrorist Attack, Intelligence and National Security for his column City City Bang Bang today.

By doing so, not only does Mr. Desai, the ad-professional, pushes the terrorist attack into the realm of “contemporary Indian society” and makes himself eligible to comment on it - he even raises several questions on the efficiency of security agencies and chronology of events leading to the attack.

Obviously, he has no access to the actual intelligence reports, data and events - his source of information is as bad as The TOIlet Paper of India. Now pause for a moment, go back and re-read his Bio and Blog details - ad-professional with an interest in “Casual” writing and looks at  “contemporary Indian society” - comments on matters of National Security - his column today turns out to be one big Joke.

During the last two days, since the terrorist attack at Pathankot, Punjab; I noticed people from all kinds of mixed and confused backgrounds offering unsolicited “expert” comments. Suddenly, the call for sacking of NSA Mr. Ajit Doval got louder, started trending and people loosely commented on his inefficiency & failure. Clearly this call was triggered by the opportunists who have been rather uncomfortable under the current dispensation.

Topping the list of voices & noises is of course well known faces of our “drawing-room” Journalists from Electronic Media, who have been running around the studios hungry & dead starved; in the absence of “juicy” details and information. Celebrity journalists of the likes of Barkha and Sagarika have literally been thrown into irrelevance and it clearly shows on them.

Not left far behind is the usual suspects such as Shobha De, who have an opinion on just about everything and will do anything to share it in public.

Suddenly among all this noise & chatter, I find this new breed of people such as Santosh Desai, whom I would call as “TinTinnatti of India” - they haven’t arrived the scene yet but are constantly knocking the exclusive club of intelligent-civil-elites: The Litteratti.

But then like they say, India is an incredible country. So there are people who still read City City Bang Bang and even take pains commenting on it - by the time this post goes on-line, there were already FOUR comments - wow! 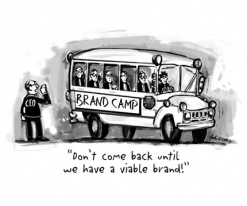