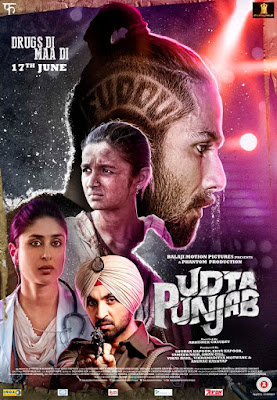 Reams of paper, Tons of ink, hundreds of megabytes were spent discussing Udta Punjab, thanks to controversy surrounding the ‘Cuts’ as desired by CBFC before granting certification.

Most of the articles were pushed around by people who actually had not even watched the film and then the usual ‘Sheep’ started sharing those stories after adding their unsolicited comments and opinions.

Then came a tsunami of reviews, almost hours after release of the movie, as if some of them were hitting their key-boards while watching. Now that is sheer ’Need for Speed’ in this digital world of ‘realtime’ news. SPEED is the new Mantra and has gained lot more importance than the CONTENT. Gone are the days when “Content is King” used to rule the digital world. 'Need for Speed’ has completely consumed the concept of quality content.

Having watched the film, I can say this with conviction that most of the reviews that I read were completely misplaced. Some reviewers could not even delve deeper into the subject and hence failed to understand & pick nuances of this brilliant film.
Let us now talk about the Film, without getting into mundane & boring issues like the storyline, the plot, the cast, credits and other trivia. For all of this, my loud and clear verdict is:
Go, Watch! You will never regret.

The very first question one would ask after watching the film: what was the problem with CBFC granting Certification? I could not think of even one, and I repeat, even one scene sequence or a dialogue that needed to be censored. Everything fits in so beautifully and perfectly into storyline and the narrative. Thirteen changes and '89 Cuts' in the film as directed by the Revising Committee of CBFC were unwarranted and uncalled for. Total respect to the Judiciary once again.

Udta Punjab is brutally honest in holding mirror to the society. WYSWYG: 'what-you-see-is-what-you-get' in the film. Be it the language, vices, corruption, drugs, mafia, police, music, entertainment, politician, exploitation of women, and everything else; as close to the reality as it can possibly be shown in a film.

In spite of this huge opportunity at complete discretion of the director to include 'sex & violence' to the fullest in a film dealing with Noir genre covering Drugs, there is almost NONE. Compared to every silly and stupid film that comes pre-loaded with this package, always in the name of 'creativity', this one is rather CLEAN.

Punjabi Expletives, cuss words and crass language could be the only 'embarrassment' to the newly arrived urban elite, who otherwise may have no problems with the same filth dished out in English. This is original stuff in Punjabi, without any inhibitions. And yet, this is nowhere even close to the daily dose of nasty embarrassment through item-songs, adult-content, double-meaning comedy that we face, again, all in the guise of "creativity".

The director, Abhishek Chaubey is not new to this genre and has some excellent body of work under his belt - Omkara , Ishqiya , Dedh Ishqiya to name a few.

In terms of performances, let me first say this to the people who make jokes on Alia Bhatt : The joke is on you, guys! She is absolutely scintillating in this 'no-make-up' Dehati Girl role. For a Bollywood celebrity daughter, coming from upmarket South Mumbai, dialogue delivery with the accent and diction of Desi mixed with Bihari is awesome. This is second in a row, after the last release  Kapoor & Sons - with yet another brilliant performance.

The review will be incomplete without mention of Diljit Dosanjh, a brilliant artist from Punjab -  known as an Actor / Musician / Singer. He plays Sartaj Singh, the ASI who fights the System. 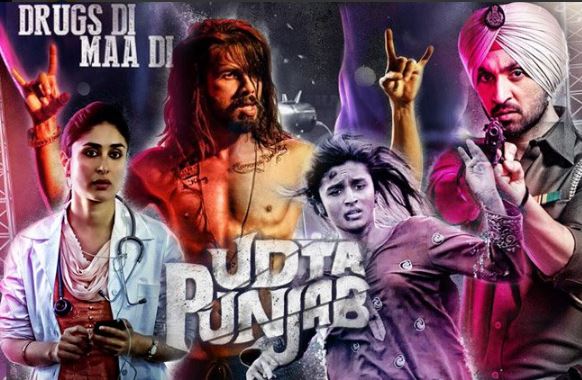 The film leaves you with some serious thoughts, basically as takeaways so beautifully woven into the script and dialogues.

The protagonist, Tommy Singh while on stage indulges in some serious talk with his cheering fans, roughly translates to something like this:

"I am no rockstar, I am just a loser. But you guys are much bigger losers than me. Because when I wrote some utter nonsense and delivered it as Music, under the influence of Drugs, you guys took it as Philosophy. You guys made me a Rockstar, a Hero at the age of 22, while I was always a loser. "

This is a real tight slap on the current crop of indi-pop overnight rock-stars, who basically copy music from retro-Bollywood in the name of 'inspiration'; and their Fans, who have no clue about what exactly they are cheering about.

The film would not go down very well with Politicians and Police, as it exposes the nexus and shows their brazen complicity in crime. Without the tacit support and involvement of state actors, drug menace in Punjab would not go to the extent that it is today. That, combined with the upcoming assembly elections in Punjab, could possibly be the main reason for all the noise created and politics played prior to the release of Udta Punjab.

Read more at: http://inspirationalquotespics.com/shaheed-bhagat-singh-quotes-in-hindi-suvichars-thoughts/
The film does not reflect poorly or insult Sikh community or Punjab in any way. Contrary to some of the initial reports had suggested, including objections raised by CBFC. In fact, far from it.

Sartaj Singh, once a corrupt police officer who tries to fight the system after losing his brother to drugs, when questioned by his superior, replies -
"it's not about you or me, it's about Punjab".
In my opinion, that is a hugely patriotic statement and any Sikh or Punjabi or Indian would be proud to hear that a hundred times and will still get goosebumps each time.