Of Distortians, Intellectuals and Spin-Doctors


Until lions have their historians, tales of the hunt shall always glorify the hunters:
~ African Proverb

The vast landscape of News, Information and General Knowledge on modern history and current affairs is populated in various intriguing ways in India.

This has been a well established fact by now that the History taught in our schools through text-books has very little to do with actual facts and sequence of events. Contents of history text-books are collated in a particular way – read slanted, manoeuvred and distorted. Important and crucial events are suppressed, ignored & censored from being exposed to the young minds. Idea is to push the young ones towards rote-learning by cramming up the historical dates of basic events, mostly birth and death anniversaries, and to a large extent the chronology. No wonder History is considered the most hated subject by the young minds as they do not find any value or interest whatsoever in remembering some dates and numbers.

Koenraad Elst, a noted Belgian author and historian, explains Negationism in India as follows:
“historians of the Aligarh school (e.g. Irfan Habib) or Indian Marxists (e.g. Romila Thapar) have resorted to history-rewriting: "Therefore, in 1982 the National Council of Educational Research and Training issued a directive for the rewriting of schoolbooks. Among other things, it stipulated that: "Characterization of the medieval period as a time of conflict between Hindus and Muslims is forbidden." Under Marxist pressure, negationism has become India's official policy."

This is the level of quality education that a society evolves with, when the education system and contents of text-books are controlled by the State, and outsourced to the Academia & Intelligentsia that lives off the very same Government.

Only when the young ones turn into adults, and they start reading on their own from the vast ocean of historical facts and events, using resources available to them, thanks to the power of internet. IF, only IF, they find true interest in the subject. Unfortunately, this number is extremely negligible as most of us like to pursue interests that are far more rewarding financially.

Let us very briefly profile these players who broadly contribute to the process of resource & content management, implementation, execution and proselytisation; in short - Negationism.

Distortians: These are the geneses, highly decorated & well placed intellectuals, historians, authors and academicians, with foreign Degrees, Research Papers, Books and National Awards to their long list of credentials. This comes to them broadly due to the fact that they are committed to serve the interests of the Dynasty and the State. Their job is basically to manufacture data, twist facts, write slanted articles and comment on current events to deflect all of it to a particular direction.
Tribe of these include some of the most “respected” names.

"India comes out shining too. Besides familiar names such as Al Gore, Noam Chomsky, Francis Fukuyama, Umberto Eco, Lee Kuan Yew, the list has some half-dozen Indians: historian Ramachandra Guha, political psychologist Ashis Nandy, and environmentalist Sunita Narain, all of whom live in India, among them...

Next is the elite crowd of the society that is also known as Socialites – they include the likes of Crony-Industrialists, Editors and Celebrity Journalists, Advocates, Educationists & University V-Cs. These people are well connected, educated, arrived in life and are “high” achievers, thanks to their crony-network and “bhai-chara”. They follow like sheep and draw heavily from the works of Distortians. They form the second line of defence and help populate distorted content, through text-books, Journals, Media, Newspaper articles, TV Debates etc.
I call them the “Poweratti” and they are briefly discussed in one of my earlier posts linked here.

“The reason India’s intellectual establishment doesn’t challenge the government’s policies on a philosophical plane is that it is very comfortable with the status quo and in fact is in broad agreement with the leftist philosophy that has directed governance in India almost uninterrupted since independence.” 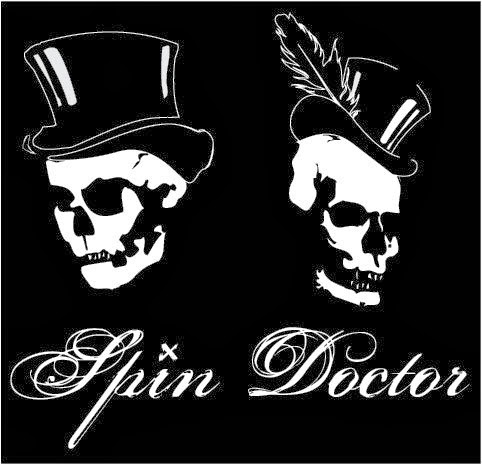 This is the single most dangerous tribe that we have amongst us today. Their work borders around the activities of an anti-national. They are a huge security threat to the nation and they thrive under the protection and support of current dynastic politics. They come in various avatars: NGOs, Bureaucrats (rogue IAS & IPS), Magicians of Faith industry, Journalists etc. In short, they are the “foot-soldiers” of Poweratti. They actually carry out the agenda on ground zero. They are the first point of contact for the common man. Being “foot-soldiers”, they are the first head to be rolled in case the heat gets across to the Poweratti.
Shoot the messenger, as they say! And, life goes on !!

Unfortunately some of us have been greatly influenced by these spin-doctors, taking them and their “body-of-work” at face value. While we all are free to chose our resources for information & data; draw inspiration from certain people; it has become increasingly important to carry out a very detailed due diligence on the credibility and authenticity of such resources & people. The current climate in India is in such a mess that it is becoming increasingly impossible to make a clear assessment on “who's who” and their “internal-alignments” and network-relationships, that also change by the turn of events.


We will discuss in the next post, some of these “spin-doctor” resources to demolish the building blocks of their myths and manufactured facts.