The best way to permanently enslave a people is
to replace their memories, their mythologies, their idioms 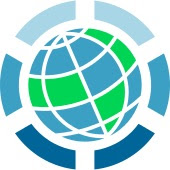 Globalisation ~ Elephant in the room!

Diversity, not Uniformity, is the Idea of India.