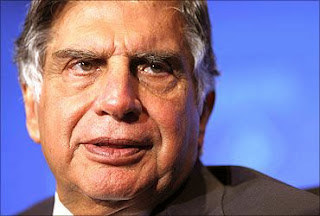 I had arrived at Frankfurt airport early in the morning on 16th December, after a long trans-Atlantic flight. After settling down in the transit lounge with my diet breakfast, pulled out copies of FT & IHT from the newspaper shelf, the two newspapers that I usually like to spend my time with while in transit. I was pleasantly surprised to find this article on Mr. Ratan Tata, yet again, in FT:
Chai with the FT: Ratan Tata

Mr. Ratan Tata is much more visible in the UK press rather than the Indian press - call it just co-incidence or the sheer ignorance of the Indian media. James Crabtree of FT Mumbai Bureau has a knack of beautifully weaving the mundane into the extraordinary to make an interesting article. This article did not have any specific insights, just a chat over a cup of tea; but I kept thinking about it for a long time on board my onward flight back home. It was a mixed feeling of national pride and happiness; especially after reading a lot of negativity about India in the recent international press, thanks to the sleepy governance, absolute policy vacuum, ineffective law & order and above all rampant corruption.

I arrived home and the next day I read that Mr. Ratan Tata had to send in a written apology to PM for his comments in an earlier article in FT linked below:
Tata raps India for driving off investment
I went through the article once again but I did not find anything at all in his comments that could even remotely qualify for an apology from him. On the contrary, I thought it should be the PM who needs to tender a public apology to the people of this country for the mess that we are in today. 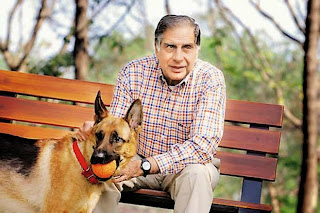 There is already so much material available about Mr. Ratan Tata that it would be futile for me to add the repetitive quotes, texts and incidents. However, I would like to add that in my view, he is one of the very few “Level-5” leaders of contemporary India. (Level 5 Leadership concept by Jim Collins is beautifully explained HERE, courtesy Mr. Sanjeev Sabhlok of Freedom Team of India).
Mr. Ratan Tata has been and will always remain a great source of inspiration to me personally, ever since my first job at erstwhile Tata Exports, now Tata International.
I am sure there are thousands of professionals like me who have followed him very closely and learned from his two decades of leadership style at Tata Sons.

Mr. Ratan Tata did not have it easy and smooth though, especially during the first decade of his career as head of Tata Sons. Here is one article that chronicles some of his rough-rides:
Ratan Tata: When the ride got rough
The various controversies and business challenges faced by the group during Ratan Tata’s tenure 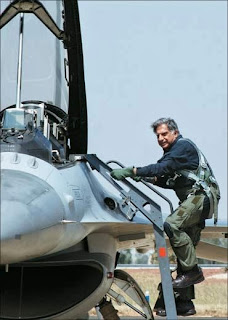 Mr. Ratan N. Tata takes a bow after two decades of a very successful Captaincy. It is sad to see an icon like Mr. Tata retire from active career. I am sure he will continue to inspire the people of India by doing stuff that interests him personally and that eventually translates into Nation Building!

On this last working day of 2012, as we come to a close of the year, this blog-post is offering heartfelt respects and bidding good-bye to one of the most successful business leaders this nation has produced - truly an Anmol Ratan.

See you around soon, Mr. Tata!

Here is wishing everyone a Very Happy & Prosperous 2013!