June 22, 2014
It was funny how this whole Hindi controversy episode flared up and once again the Sickular Anti-Modi mainstream English media loved to celebrate and dish it out for mass consumption.

Intellectual, English-media followers and research-scholars all engaged in intelligent debates, their social network timelines flashed and flooded with the story, criticising the decision, commenting on how NaMo is going to break the country into pieces.

Absolutely hilarious all this and the more I see this empty jingoism, the more nauseatingly distasteful I find our civil society and well-read intelligentsia.

We Indians love to swim with the Headlines and completely ignore the fine print, in fact we find it a waste of time and just rush to share the story on our walls! I wonder if these people even bothered to read the full story and understood the perspective and background of this Hindi Controversy. 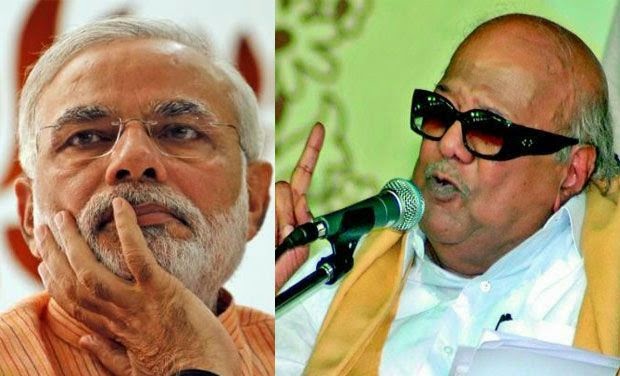 Fine print in the story that India missed completely is quoted as follows, emphasis mine:

The Home Ministry's official language department had issued a circular on May 27 asking all the Ministries and Departments, public sector undertakings and banks to give prominence to Hindi on official accounts in social media.

"...all officers and employees who operate official accounts on Twitter, Facebook, Blogs, Google, Youtube should use Hindi and English languages. Prominence should be given to Hindi," Director, official language, Avadesh Kumar Mishra wrote in the directive.

Seeking to cool tempers, Rajnath Singh tweeted "The Home Ministry is of the view that all Indian languages are important. The Ministry is committed to promote all languages of the country".

Modi's push for Hindi struggles to translate in some states

By: Aditya Kalra and Shyamantha Asokan

"Since taking office as India's prime minister last month, Hindu nationalist Narendra Modi has taken a clear stand in support of Hindi, pushing for it to replace English as the preferred language of the capital's urbane and golf-playing bureaucrats.

The Home Ministry last month ordered all bureaucrats to prioritise Hindi over English on official accounts on social media platforms such as Twitter and Facebook."


Would the authors Aditya Kalra and Shyamantha Asokan please clarify the above misleading story?

Now let us get some facts clarified here:

The notice was issued by the MHA on 27/05/2014 when the current team at MHA had not even taken charge. New team at MHA assumed charge only on 29/05/2014. It is clearly stated in the Deccan Chronicle news but under the fine print - Alas, intelligent and educated India completely missed the story.

Sharing here the copy of the notification:

The Office Circular to the effect was actually issued on 10/3/2014.

Please also judge for yourself if the pictures of PM Sri Narendra Modi in prominence on both articles are justified.

So मित्रों , we are basically commenting on the circulars issued during the last days of the earlier UPA Sickular outfit.