"Our real enemies are the people who make us feel so good that we are slowly, but inexorably,
pulled down into the quicksand of smugness and self-satisfaction"
~ Sydney Harris

The recently 'leaked' IB report on foreign funding of NGOs has actually brought the stink out from an otherwise 'holier than thou' community of India that falls under the broad generic category of NGO: Non-Governmental Organisation.

In the first of two-part series, let us look at the evolution of this noble concept of NGO to get a '360-degree' perspective. It is important to know where & how it evolved over the last 60 years to get a clear understanding of this terribly crowded space in India known as 'NGO'.

The very concept of 'Social Service' became relevant in India way back in 1947, just after the independence, when Mahatma Gandhi appealed that the Indian National Congress (INC) be transformed into 'Lok Sevak Sangh' (Public Service Organisation . INC had just assumed power and had taken over the governance of India as a free and sovereign republic, unanimously shot down the proposal all together. However, those who remained supportive & committed to the idea of Gandhi & his principles, lifestyle and ideology, started working on their own as individual Voluntary Social Workers. These Gandhian 'lok sevaks' (Social Workers) worked in isolation at grass-root levels in remote areas where the government could not reach out during the early years after independence. These 'Social Workers' picked up random causes of their choice, ranging from sectors such as Rural Development, Family Health, Education, Arts & Handicraft etc.

This initial phase of 'Gandhian' social service remained largely unorganized until the 60's, by which time it was quite clear that the Government was unable to achieve most of its objectives. This is when these individual 'lok sevaks' started to get themselves organized as Voluntary Social Groups and Organizations. This was the second phase of Voluntary Social Service in India.

“In the introduction to the Third Five Year Plan, Jawaharlal Nehru said "Planning is a continuous movement towards desired goals"." ~ N D Tiwari

Planning Commission continued with the policy to enhance the roles of NGOs & Voluntary Organisations in the subsequent Seventh and Eighth Five-Year Plans. The 8th Five Year plan document states, "A nation-wide network of NGOs will be created. In order to facilitate the working of this network, three schemes relating to the creation, replication, multiplication and consultancy development have been worked out by the Planning Commission."

Unfortunately, the Planning Commission also continued to shift 'Goal-Posts' by re-defining 'poverty' to stay relevant under the rule of subsequent generations of the Dynasty, as a “continuous movement towards those desired Goals”; as originally envisioned by Nehru in Third Five Year Plan, guided by his Soviet style of Socialist Planning.
March 20,2012: The Economic Times -
Poverty line at 28.65: Planning Commission faces criticism for figures
March 21, 2012: The Hindu -
Now, Planning Commission lowers the poverty line

36 Crores was our population in 1947 when we had almost zero NGO count. In about 40 years, by 31st December 1989, there were 12,313 NGOs registered with the Ministry of Home Affairs, Government of India under the FCRA (Foreign Contribution Regulation Act 1976); and, 726 NGOs were unregistered but were under the prior permission category. However, it was estimated then that all together about 25,000 to 30,000 NGOs were active in India in 1990.

By the year 2000, India was brimming with NGOs of all possible hues, names, size, intent, scope, objectives and even Faith. Madam SoniaG created yet another monster called NAC (National Advisory Council) in June 2004, purely for personal gains. NAC was promptly populated with some of the most 'eminent' slaves from NGO & such related fields to serve Madam's interests. Today, we are at 1.2 Billion population and the NGO count is estimated to be somewhere around 2 Million –

India witnessing NGO boom, there is 1 for every 600 people

This is just the registered number of NGOs but a friend from the NGO industry confirms that the number would easily double up to 4 Million, if we include the unregistered ones as well. With this unprecedented NGO boom also arrived a new industry which we can call as "services for the service" industry - a secondary service industry to support the booming NGO sector. 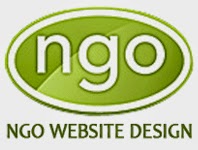 This is precisely when 'once-a-noble' concept of NGO turned into a full blown 'industry' that we witness today as: Aggressively anti-national, Ruthlessly anti-people & anti-development, highly political, Internet & Media-Savvy; with completely unregulated free-flow of foreign funds from some of the most infamous and highly questionable external sources. During the last decade, this phenomenal and unprecedented growth of NGO industry has turned into a 'monster' that is now a major cause of worry and concern for the security and sovereignty of India.

This remains an undisputed fact that Nehru's Socialist style of 'Planning Commission' system and their grand plans of partnering with NGOs by Indira Gandhi in the Eighties, did precious little to solve the very basic problems of 'roti-kapda-makan' (food, clothing & housing) for the people even after 50 years. This is nothing but a complete failure of the Socialist system that we have followed since independence. It is a shame that we still believe in the same and are hopeful that one day we will eradicate poverty, feed the hungry children & educate them, empower women & offer shelter & sanitation to all; just by distributing and giving away free 'this & that'.

Finally, June 2004, enter Sonia Gandhi: a brand new conglomerate of NGOs 'State-sponsored' as 'NAC' arrives into the scene and takes over the 'policy formation' for one full decade (2004-2014). Country is placed in the hands of these 'NGO-policy-wonks', who draw wisdom from think-tanks consisting of 'leftist-marxist-socialist' intellectuals.
India NGOnized, completely!

We will continue with the clinical analysis of NGOnized India in the concluding Part II, to understand how this 'well-packaged' & supposed to be 'well-intentioned' industry called NGO turned itself into a deadly monster for the nation.

“While we do our good works let us not forget that the real solution lies in a world in which charity will have become unnecessary.”
~ Chinua Achebe, Anthills of the Savannah