This post is triggered by a story in today's The Hindu:

The report starts with a very catchy & popular 'tagline':

“Not all questions have been fully answered about Gujarat events: Katrina Lantos-Swett”

The story goes on to say:

“Under her leadership and Congressional mandate, the USCIRF continues to produce an annual report on the state of religious freedom worldwide, which in years past had designated India as a “Tier II” or “watch-list” country.”

And Further, (emphasis is mine):

“She also addressed the question of what the U.S. administration’s view on the role of Mr. Modi in improving religious tolerance in India was, and whether Washington’s view had changed on the allegations linking Mr. Modi to the 2002 anti-Muslim pogrom in Gujarat.”

Read again, “allegations linking Mr. Modi to the 2002 anti-Muslim pogrom in Gujarat”. This whole paragraph (44 words & 264 Characters) fails to clearly indicate the position of USCIRF but the smart author grabs the very first opportunity & manages to plug the keyword, Twice - Mr. Modi. Ensures that this news report will never miss attention and on the contrary will catch millions of eyeballs as it contains smart 'keywords' like:
'Questions', 'Gujarat Events', 'role of Mr. Modi', '2002 anti-Muslim pogrom' etc
So, all in all, a very Smart report filed by some NARAYAN LAKSHMAN from Washington.

Then, the news report even quotes a link at the end that points towards a detailed interview. The title, as always, must be 'catchy' so here it goes:

"Arc of justice is long" for 2002 Gujarat riot victims: Lantos-Swett

The interview, let me save the unnecessary details here and put it very bluntly - is a SHAM.
Don't even bother reading the full interview.
Sample these Pearls of Questions from the 'Telephone Interview' (emphasis is mine):
It is quite clear and apparent from the above stupid questions asked in the 'telephone' interview that this guy is a slave-journalist. Also note that this guy lives in Washington DC, the esteemed offices of USCIRF are also located here, but he prefers to carry out his 'journalistic duties' over Telephone, from the luxuries of his 'Home Office'. He had nothing else other than Mr. Modi on his agenda. Here in India, we call it a 'Hit-Job', Mr. NARAYAN LAKSHMAN.

NARAYAN LAKSHMAN has duly earned & secured his place in Washington DC for a few more years and probably found a sponsor as well.

So who actually is NARAYAN LAKSHMAN? Well, as per the details that emerge from a 1-minute Google Search, it is clear that he is very much from the Family, yes 'The Hindu' Family. He is the 'nephew' of none other than – the one and only - 'Hey Ram' !! 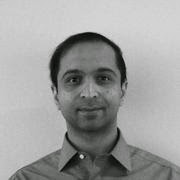 In one of the news reports titled: The Hindu family war may become legal battle, noticed these interesting items:

“Then there is the issue of the new appointments. Under central government rules, a decision to include a family member in the organisation with a remuneration of more than Rs 50,000 a month requires the clearance of the central government. There are charges that Lakshman and Vidya were sent to their locations before the clearances came.”

“Some of the board members also seem to have raised questions on the appointment of Ram’s daughter Vidya as the London correspondent and nephew Narayan Lakshman as the Washington correspondent of The Hindu.”

So much for the 'Family Business' of The Hindu.

Further, in this below screen shot from the Twitter TL of NARAYAN LAKSHMAN, the Young Family Scion of Kasturi & Sons proudly showcases his body of work - watch the hashtags used even here:

This is not an isolated case and also not a co-incident right after the blockbuster world premier of “India's Daughter”. These are schematically and cleverly placed agendas, brilliantly linked and networked, and they always find a 'slave-like' media partner from India to ride on. 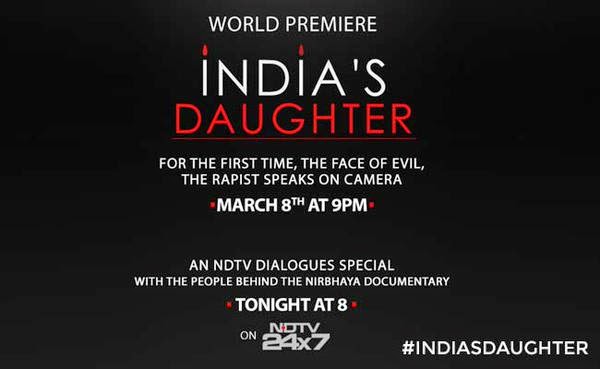 While it was NDTV that offered its services for “India's Daughter” project, this time around for placing an invite request (Allow us to visit India) the print category is used - the same Family – The Hindu.

On another interesting note, I just noticed 'comments moderation' policy of The Hindu:
1. Comments will be moderated by The Hindu editorial team.
2. Comments that are abusive, personal, incendiary or irrelevant cannot be published.
3. Please write complete sentences. Do not type comments in all capital letters, or in all lower case letters, or using abbreviated text. (example: u cannot substitute for you, d is not 'the', n is not 'and').
4. We may remove hyperlinks within comments.
5. Please use a genuine email ID and provide your name, to avoid rejection.

One could spend a life trying to follow all of the above before posting a quick comment, only to be blocked out for the comment not approved by the Editorial Team (read Family) for any of the above five reasons. This is the level of FOE for a paper that talks about Religious Freedom & Human Rights.

USCIRF – Yes, we will try to analyse this monster in the next post, so stay tuned !!