This is in continuation of the earlier post Allow us to visit India: U.S. panel on religious freedom, in which we discussed the 'Hit-Job' Journalism by 'The Hindu' through a Story and a Dummy 'Telehone' Interview by Narayan Lakshman with Ms. Katrina Lantos-Swett, Chairperson of the U.S. Commission on Religious Freedom (USCIRF). Basically it was a generous 'service' provided by 'The Hindu' to 'USCIRF', the sole objective of which was attracting the attention of Indian Government, seeking an invite for USCIRF Team to visit India and for The Hindu to continue target Prime Minister Mr. Modi.

This kind of 'Slave-Journalism' practiced by The Hindu is not something new and it can be better understood given Kasturi & Sons announces Voluntary Retirement Scheme to its employees with 40+ years of age and 10+ years of service.

“This initiative is consistent with our commitment to ensuring a performance-oriented culture within KSL,” the statement said.” (Again, smart use of English there – please read it as “Cost Cutting” in crude & honest English)

Clearly coffers are drying up after the change of UPA Government at Centre and hence all the more reasons to resort to these extra-curricular activities in journalism called as 'Paid News' -
Modi fails to score on core issues: N. Ram
"It’s not that everything is bad, but on the core issues of the idea of India, on secularism, he does not respect the cultures of others"

Coming back to USCIRF.

Quoting from “Message from the Chair':

“USCIRF is an independent, bipartisan, federal body created through the enactment of the International Religious Freedom Act of 1998 (IRFA). Our Commission uses international standards to monitor the conditions abroad of religious freedom or belief and makes recommendations to the President, Secretary of State and Congress to enhance this precious right.”

There is a reason why I 'flag' this text here as we will revisit this at the end of the post.

So who actually constitutes the USCIRF?

There are these 'Super-Nine' Commissioners who head operations at this organisation. To understand the core, it is very important to have them listed here with their micro-profiles (for a more detailed profile, please follow their individual pages linked to respective names) – Emphasis with Links is mine:

Dr. Katrina Lantos Swett, Chair: As President and CEO, the Lantos Foundation has quickly become a distinguished and respected voice on many key human rights concerns ranging from rule of law in Russia and Internet freedom in closed societies to the on-going threat of anti-Semitism and Holocaust denial.
Dr. Robert P. George, Vice Chair: McCormick Professor of Jurisprudence and Director of the James Madison Program in American Ideals and Institutions at Princeton University.
Dr. James J. Zogby, Vice Chair: Founder and president of the Arab American Institute (AAI), a Washington, D.C.-based organization which serves as the political and policy research arm of the Arab American community. Appointed by: Barack Obama.
Dr. M. Zuhdi Jasser, Commissioner: President of the American Islamic Forum for Democracy (AIFD) based in Phoenix, Arizona. A devout Muslim, he and his family have strong ties to the American Muslim community having helped lead mosques in Wisconsin, Arkansas, Virginia and Arizona.
Professor Mary Ann Glendon, Commissioner: Former U.S. Ambassador to the Holy See. Has represented the Holy See at various conferences including the 1995 U.N. Women’s conference in Beijing where she headed the Vatican delegation.
Dean Eric P. Schwartz, Commissioner: Was Washington Director of the human rights organization Asia Watch (now known as Human Rights Watch-Asia). From 2006 through 2009, he directed the Connect U.S. Fund, a multi-foundation – NGO collaborative seeking to promote responsible U.S. engagement overseas, and which included the Hewlett Foundation, the Rockefeller Brothers Fund, the Open Society Institute, the Ford Foundation, the Atlantic Philanthropies and the Mott Foundation. Appointed by: Barack Obama.
Dr. Daniel I. Mark, Commissioner: An assistant professor of political science at Villanova University, ... He also works with the Tikvah Fund in New York and has taught at the Straus Center for Torah and Western Thought at Yeshiva University.
Rev. Thomas J. Reese, S.J., Commissioner: Entered the Jesuits in 1962 and was ordained in 1974. A Senior Analyst for the National Catholic Reporter, a position he has held since 2014. Appointed by: Barack Obama.
Hannah Rosenthal, Commissioner: CEO and president of the Milwaukee Jewish Federation.

That was quite an introduction of a highly decorated 'Band-of-9 Commissioners' fighting for 'International Religious Freedom'. Of course, they are well educated and am sure must be highly competent at their jobs.

Now having looked at the current Orientation, and in order to have a more balanced view & clear understanding of what actually USCIRF represents, stands & fights for, let us now briefly go through the past Commissioners as well. Former Commissioners are listed here. Let us review & sample some of these fine people who fought so hard for this noble cause of 'International Religious Freedom' across the world over all these years, since 1999 (emphasis is mine):

Dr. Laila Al-Marayati: Commissioner 1999-2001 A physician, past president of the Muslim Women's League. She was appointed by President Bill Clinton.

Imam Talal Y. Eid: Commissioner 2007-2011 President George W. Bush appointed Imam Eid to the Commission in 2007. He is Founder and Executive/Religious Director of the Islamic Institute of Boston.

Dr. Azizah al-Hibri: Commissioner 2011-2013, President Barack Obama appointed Dr. al-Hibri in 2011 to the Commission. Dr. al-Hibri is a Professor, Emerita at the T.C. Williams School of Law, University of Richmond. She is also founder and chair of Karamah: Muslim Women Lawyers for Human Rights.

Most Reverend William Francis Murphy: Commissioner 2001-2003 Appointed by President George W. Bush, Bishop Murphy was Bishop of the Diocese of Rockville Centre, New York, while he served on the Commission.

Here is what some say about the appointments of Commissioners at USCIRF by the POTUS:

Obama Appoints a Jesuit to Commission on Religious Freedom 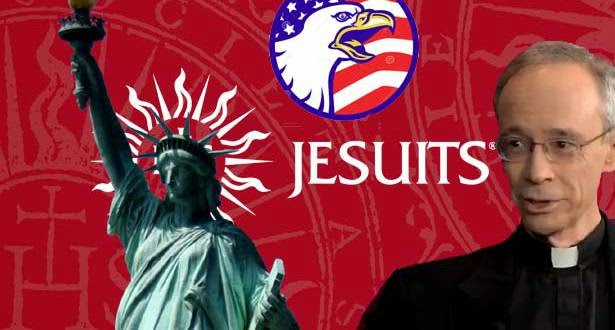 "If you know anything about Jesuits, you know they are the enemy of any religious freedom. "

OBSERVATIONS: Having gone through & screened each and every name of all the past & present Commissioners of USCIRF and their respective profiles, we can firmly conclude as follows:
Let us now go back to read the fine Message from the Chair again: introduction of USCIRF and the words used there seem to lose their meaning completely and they sound so hollow and misleading – words like:
“independent, bipartisan, federal body,...
...monitor the conditions abroad of religious freedom or belief ...”

There is an ocean of atrocious literature in the form of Annual Reports on India but that is all that, 'atrocity literature' : anti-India and anti-Hindu to the core.

‘We were denied visa by India’

Since 2001, USCIRF has been desperately trying to make attempts at visiting India but both NDA & UPA Governments have consistently denied Travel Visa to the Team of USCIRF.

In the absence of a Visa to visit India, USCIRF have no other option but to employ, fund, cultivate and seek the help of various anti-India organisations, groups and people, from India – mostly Evangelist NGOs, Human Rights Advocacy groups and 'Paid-Media', to build up reams of atrocity literature year-on-year. Some of the past performers from India at the theatres of USCIRF are:

Finally, in order to understand as to why Obama makes strong pitch for religious freedom amid 'ghar wapsi' backdrop almost at the end of his fabulous India trip, I refer to the “Message from the Chair” once again; that includes “makes recommendations to the President, Secretary of State and Congress to enhance this precious right.” 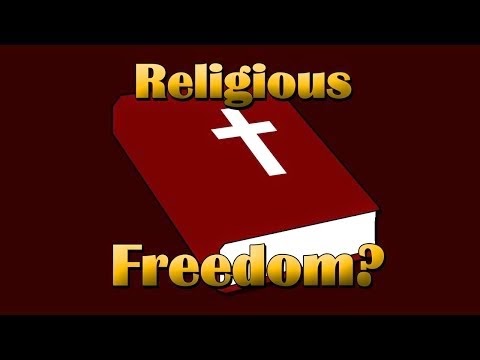 It is none other than the USCIRF, a bunch of Commissioners from Abrahamic religious faith and background, who actually advice the President of United States of America on matters relating to International Diplomacy, Policy & Security under the garb of 'International Religious Freedom'.