"And there are people still in darkness,
And they just can't see the light.
If you don't say it's wrong then that says it right. "


There is this growing tribe that I would like to discuss here, define it with some key-words and then list some examples for our better understanding.

To qualify and be a member of this Elite ISI brigade, one would check against at least 10 keywords from the above list of 15. Yes, one must score about 65% to be a part of this Intellectual Circle.

This is the biggest problem India is facing today, internally. There is no other threat bigger than this, no not even Naxalites, Pakistan, ISIS or China. India has to fight its very own - this is the tragedy & the comedy at the same time.

What is even more worrying and astonishing is the fact that these people are coming from good jobs, good education, well groomed, traveled abroad, some are even Professors and Journalists. The sheer ignorance towards facts, lack of wisdom and common-sense among this crowd is simply amazing. But they are all Patriots and they love India.
Clearly shows exactly where our education system has gone wrong! 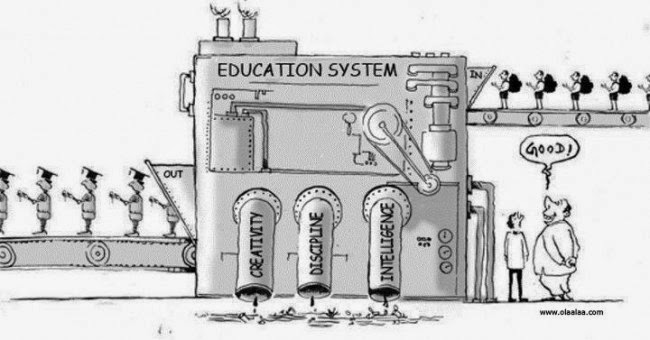 These people are popularly known as - ‘Useful Idiots’.

I enjoyed reading a long chain of comments on FB, and can't resist sharing one particular comment here (it's not really important who wrote this - what is important that I can safely tick minimum 13 qualifier key-words from my above list = 86%, Perfect ISI):

“---, unlike you, I do care how development is achieved, which is why I will never support a murderer like Modi. AK does not yet have the blood of innocent citizens on his hands, even if his dictatorial tendencies have suddenly made him more acceptable to you."

Once more:
Wow! Those were real gems. This tribe of 'Hindu ISI' do not respect constitutional mandate, they have complete disregard for Indian Judicial system, blindly follow & consume MSM Headlines every single day, and then pass their own unsolicited judgements on FB. 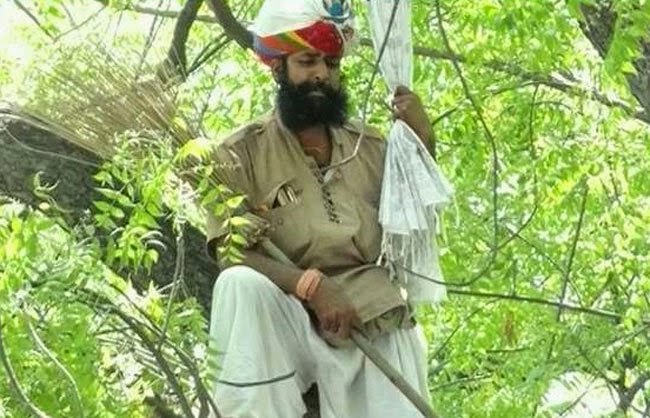 Unfortunately, this 'development freak' may like to know that AK has blood on his hands for which nobody needs any court verdict. During AAP public rally on Wednesday, 22nd April 2015, among the cheering AAP supporters, in front of full media & public glare, one innocent citizen Mr. Gajendra Singh Kalyanwat hanged himself from the tree.
Whether an accident or a suicide - the case is under investigation.

Another gem of a comment is shared below, on the Greenpeace controversy, a classic example just to show the mind of a typical elitist ISI:

Read it once again and have a hearty laugh:
This is the kind of utter nonsense that passes off as ‘intellectual discourse’ among the highly educated and the ‘arrived' elites. This comment was posted the very same day I had read another story elsewhere - Why Greenpeace appointed a political advisor ...and had even shared it on my FB timeline.

On a more serious note, let me also share an important fact here that this gentleman is a very senior professor, who educates & mentors the impressionable young minds of India. What a terrible shame!

This is another freak comment which I came across just today.

A link was shared on FB by a friend: Islamic India: The Biggest Holocaust in World History… Whitewashed from History Books
The Comment that would easily qualify as one from an ISI:

"A question to think. If Muslim invaders were savages why did they not kill all Hindus? Why were they not all converted? Why were not all temples brought down? Why?"

Someone tell this friend, go look up on your own and read the history based on facts and data; not the secular curated stuff meant for schools.

Often I come across these Sickularatti ISI, some arrived after an Ivy League Master’s & Doctor's and what not, who still live in a complete denial of historical facts. For the simple reason that they studied Indian history, carefully manufactured and curated for the secular primary & middle school curriculum; and then they all got busy with their preferred worldly education. The sad fact remains that they have completely ignored tons of data and facts in their own backyard and never bothered to brush it up on their own. Now that they are back with so-called wisdom, they liberally comment on these extremely serious matters, only to show their pathetic ignorance.
***
I started keeping the tribe of Sickularatti ISI at a safe distance now and never indulge in a debate with these people. I realized that it is a futile exercise to debate with these "useful innocents". Knowing that they also care for India as much as I do, I am sure they will come back one day, on their own - that would be my idea of "ghar-wapsi" in true sense of the word. 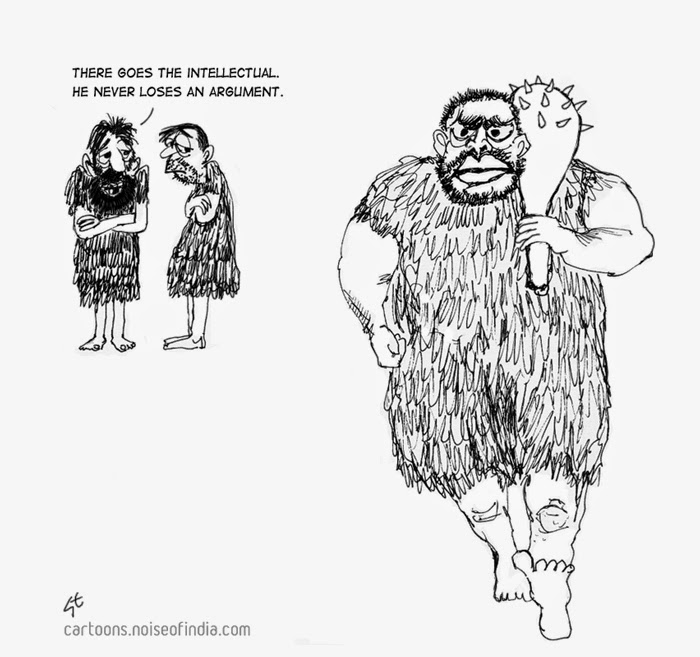 Absolute contempt & disregard for any facts and data, based on genuine & verified sources is the single-most dangerous character of these "useful innocents". Oh, that also reminds me, ISI tribe strongly believes & draws wisdom from "peer-reviewed" (JSTOR) literature. I find this "peer-reviewed" concept very funny and amusing. This is typical OxBridge ivy league culture: "you-scratch-mine-I-scratch-yours" - that our ISI conveniently imbibed from the west and have now got so used to - basically, a very convenient & "please-all" kind of happy social network. I have already discussed this subject at length in another post titled:
Myths about Hindu Temples.

The problem lies somewhere in the judgement and understanding of Politics - coupled with English education, populated with ‘Secular’ & ‘Curated’ Curriculum, English MSM that constantly feed them with some 'junk' all the time and finally, complete disconnect with the Ground (मिट्टी) - a deadly combo that makes one an esteemed ISI - a truly Patriotic Indian but at the same time, an Useful Idiot.

This tribe of ISI have been literally following & worshiping the band of paid-media-celebs, few of these leading flames are included in the pic below, who have been reduced to 'Supari Journalists' in the current scenario. 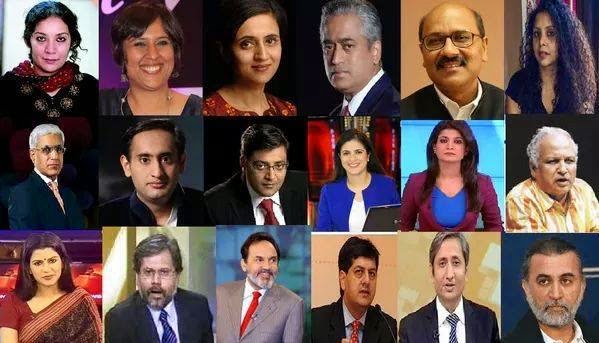 The ISI Sickularatti typically would read up stuff like:

Most extremists in India are not Muslim – they are Hindu

"The media has misleadingly conflated terrorism with Islam. But don't expect Narendra Modi or his ministers to clear up such misconceptions." ~ Aakar Patel

We have already discussed in detail the job of these 'Supari Journalists' in another old post titled: Of Distortians, Intellectuals and Spin-Doctors

On a concluding and positive note: This ISI tribe is so minuscule and so insignificant that it would hardly affect the fabric of this great nation - beautifully explained here in this piece by N Muthuraman:

Does the Nation Really Want To Know? 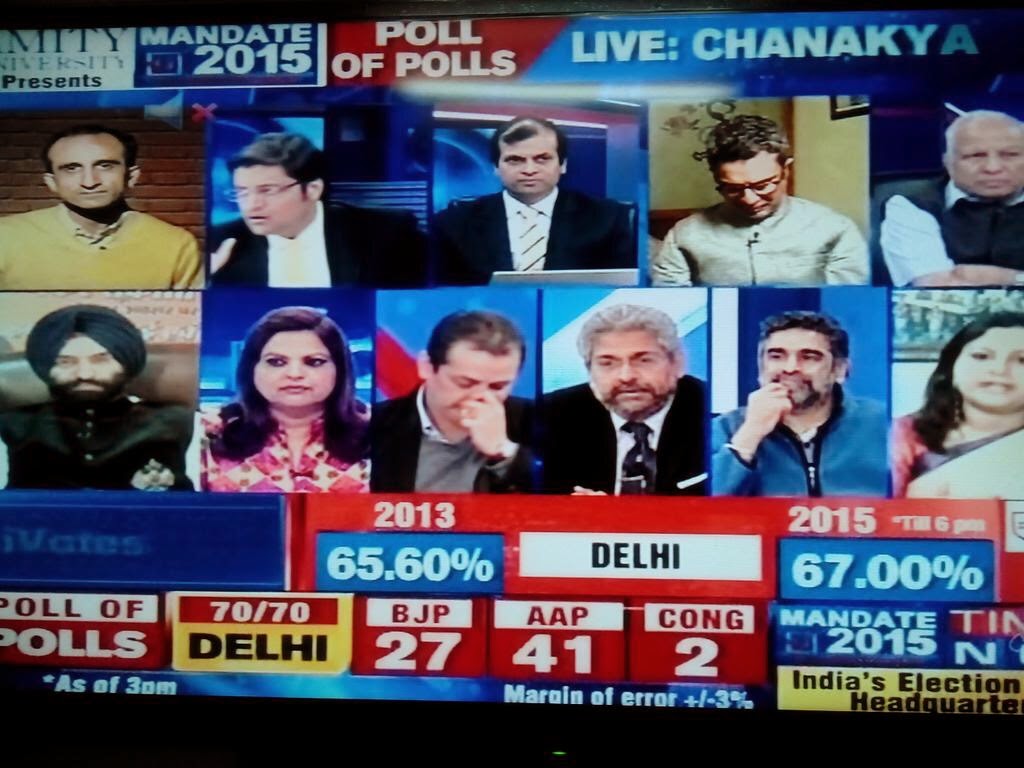 ***
These lines are dedicated to Secular Historians: