May 27, 2016
There are many Liberal think-tanks, Liberal Organizations and Liberal Voices across India, who consider public policy as their core line of activity. While some of these are Libertarian voices, who simply end with the coffee-table conversations, others from Classical-Liberal and Neo-Liberal ideology groups are able to actually showcase and present their work in the public domain.

Having been mighty impressed with the rich and traditional 'Liberal' values of India’s past and political history (for example: Swami Vivekanand, Swatantra Party of Raja Ji & Minoo Masani, B. R. Shenoy etc.), I have been a member of some of these Liberal groups & forums myself.


Therefore I say this with full responsibility that as a general rule, the current breed of 'Indian Liberals' carry NONE of the above virtues, of course there are always exceptions and I respect them. 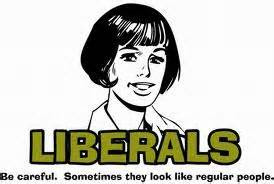 Indian Liberals are in fact everything that is exactly opposite - they are highly Toxic, abusive to the core, tend to be more Exclusive than Inclusive in their approach (they block anyone with slightest of disagreement), they carry huge load of Ego, show least respect to FoE & PoV, have an Elitist mindset with no understanding of the real India, that is Bharat.

In short, they are nothing but ’Comrades’ in a new avatar - hence I call them Liberals with a ‘Gated Mindset’.

“The liberal idea of tolerance is more and more a kind of intolerance. What it means is 'Leave me alone; don't harass me; I'm intolerant towards your over-proximity.”
~ Slavoj Žižek


I have personally witnessed the kind of Poison and Negativity some of these aggressive Liberals dish out every single day, which is mostly based on here-say, some random posts on SM or at best some questionable source from a corrupt Media. I never see their arguments, data and research-notes based on hard facts & data, sourced from 'authentic' & 'credible' sources. Even the very definition of their sources being 'authentic' is sometimes completely misguided and misplaced.

During last two years of the current NDA2 government, which is commonly known as “Modi Government”, I do not recall one single productive or constructive argument or debate coming from these so-called “Civil-Society” or “Liberal-Intelligentsia” or “Neo-Liberal” representation. The voices from these quarters have always been rather shrill and stupid - always ‘liberal’ with loose comments on Prime Minister Mr. Narendra Modi - for his Suit, Shawl, Mannerisms, RSS affiliation, Hand-shakes, Election Rally speeches, and if they find nothing else then they go back to ranting over 2002 Gujarat.

But none of these 'Indian Liberals' , who otherwise claim to be the masters at public policy, have ever discussed, argued or commented on the Policies adopted and implemented by NDA2 - Modi Government.

The reason for this can only be one and that is - if one has to be really honest with the analysis, will have to acknowledge the fact that things are moving on the right track. The speed and the modality of policy implementation with some polemics could always be debated, but more or less, it is established beyond doubt that NDA2 means business. With reports like Narendra Modi government’s one-year report card scores itself high, it is very difficult to drive the debate in opposite direction, substantiated with Logic and Numbers.

Now there is a catch to this - the moment any of these Liberal johneys comment in a positive way, they will immediately earn the Label of a Sanghi or Bhakt, which they cannot imagine to carry even for a moment. These labels are coined & used by the anti-Modi establishment of MSM, Left-Liberal intelligentsia, civil-society clan of mostly Commies, serving the Gandhi dynasty. Sanghi or Bhakt is considered 'negative and derogatory' - these terms are used exclusively for people who follow and support Narendra Modi.

Yes, you guessed it right - I have been called a Bhakt several times already and I have no quarrel with that.


So, coming back to the Indian Liberals, while we take a step back and critically analyze and study the performance at second anniversary milestone of NDA2 (Modi Government), the time has also come when we called their bluff and question the very existence of these Indian Liberal Think-Tanks (Oh, they so love to call themselves as one). If at all, they are totally dishonest to the Liberal ideology. Sheer contempt and utter lack of contribution of this “Gang of Liberals” to the 'Idea of India' renders them completely irrelevant and redundant in the current scenario.

Chetan Bhagat has a nice & easy way of putting across a difficult viewpoint and Anatomy of a ‘liberal’: Indian liberals do not offer solutions, they use the term as a class marker is surely one of those classics. I don't quite agree with all the contents of this article but can't resist sharing few lines that are actually spot on: (Emphases mine)

There is a reason why liberals are derogatorily referred to as pseudo-secular, pseudo-intellectual and pseudo-liberal. For their agenda is not to be liberal. Their agenda is to look down on the classes that don’t have the global culture advantage.

If, for instance, Modi and Amit Shah had gone to Doon School, or studied in college abroad, or at least spoke English with a refined world accent, the liberals would have been kinder to them.

We need people who have new ideas and solutions as well as a desire to be truly inclusive for all Indians. Hating Modi is not going to solve anything. Neither will looking down on the less privileged and their desires and aspirations. Instead, come up with ways in which Indian society can truly change.

If liberals and intellectuals in civil society can build consensus for reform, politicians will also act on it. If you are planning to become a liberal, be solution-oriented, truly open-minded and anti-elitist.

I must admit that I stopped taking Indian Liberals seriously after I saw their continued attack and pointless criticism of Narendra Modi, devoid of any substance and policy discussion. After two years of witnessing this comedy, I now consider them nothing more than cheap entertainment value in the chit-chat rooms of public-policy space.