March 11, 2017
Reflecting back on an unprecedented event that would assume 'historical' importance globally - 8th November 2016 will be remembered as the Day of Demonetisation.

One good thing 'Demonetisation-Day' of 8th November did to India was spectacular in that the whole Nation arrived on the same page - that of the POOR.

As usual, tribe of Politicians remained most concerned for the poor. High decibel noises were heard from the seats of Designer Journalists, Intellectuals, Communists, Faketivists, English-speaking-urban-middle-class, Key-Board warriors etc. Everyone suddenly got very ‘concerned’ about the ‘Poor’ and ‘Rural’ India. The protagonist of Demonetisation turns out to be the Poor & Rural India, and rightly so, as we will conclude shortly.

Irony just died a painful death when the Poor Indians themselves came out in very large numbers to support Demonetisation (DeMo), even if they had to stand in long winding queues and wait for long hours just to exchange currency notes. Nothing but absolute public support can explain & justify the fact that not one single riot or violence-related incident was reported during the 50-Days of note-ban window, even though some of the designer-journalists & politicians tried their very best to trigger one.

Before we go further, let us first get the misplaced perceptions sorted out as far as the basic objectives of Demonetisation is concerned.  Demonetisation was introduced to:
Those who genuinely care for the decaying Infrastructure, Corruption across all levels & improving the living conditions of BoP (Bottom of Pyramid) may like to judge themselves from all above points if DeMo was indeed good for the Nation, given the short-term difficulties & inconvenience.

Anything else that the 'Eminent Economists' and 'Designer Journalists' would like us to believe is Polemics.
***
Once again, follow the simple rule of Chanakya:

“If there is unrest among intellectuals & criminals, assume that King is doing right”.

Here are some of the most creative myths and rumours planted by those badly bruised and aggrieved by Demonetisation. These gems were invented and floated within weeks after DeMo and pushed into the public domain via corrupt TV & Print media, Social-Network and even WhatsApp:
These two below are the most creative of all, absolute Classics:
I sincerely wish everyone would have heard these words loud and clear, coming from none other than a Youth Congress leader, that sums up a really nice response,  (Via Dr. Praveen Patil)

Now, over to some truth & facts:

Demonetisation leads to highest ever surrender of Maoists in a month

Demonetisation: Are the poor really suffering?

Politicians advocating the difficulties faced by the poor are being disingenuous in pushing their claims for political gains.
Both proponents and opponents are ostensibly defending the interests of the poor.

Demonetisation has come as a blessing in disguise for nearly 21 lakh tea and jute mill workers in Assam, West Bengal and Andhra Pradesh.
Their wages will now be credited to their bank instead of being paid in cash.

If paid news powered the 2012 elections, this time parties and candidates turned to social media. With cash in short supply campaigning went online, 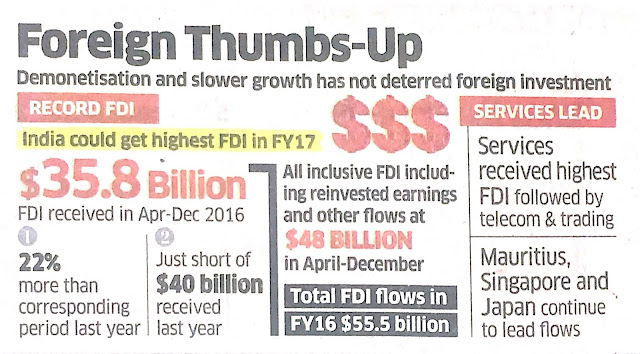 26 Crore Jan-Dhan Yojana accounts apart, the biggest ever achievement of Modi Government is the MUDRA Yojna, that has so far disbursed more than 2.5 Lakh Crores to 5.6 Crore individuals.

This is the real story that needs to be shared and talked about.

If your heart bleeds for the ‘Poor’ and you are concerned about the ’Social’ issues, you may find cheer in this DeMo story, but only when you distance yourself from the misleading noise and chatter of the Leftist & Distortionist views of Designer Journalists & Eminent Economists.

Now, coming to the Politics of DeMo.

NaMo has proved to be the MOST disruptive leader of 21st Century - no world leader worth the salt would dare taking this risk of losing the entire constituency and vote-bank by a decision of such magnitude as DeMo.

I would like to replug one of the old posts of Oct' 2013 from this Blog: Decoding NaMo : From a Classical Liberal perspective where I have discussed the Classical Liberal streaks of Narendra Modi, much before his arrival at PMO. Do read and it will connect the dots.


Mainstream Media indeed played a very dirty yet a big role during the DeMo window - just like #USElections, where 55 Media Houses openly supported Mrs. Hillary Clinton. Newsweek even went to the extent that it printed 125,000 copies of 'Madam President' cover page of Hillary Clinton.

Sharing here a very informative interview of Shri S. Gurumurthy, from DD News archives that most of the 9 PM prime-time audience of English News would have missed.

War on Black Money : An Interview with S.Gurumurthy (Economist)

It is not factually correct to say that PM Modi did not prepare well for DeMo.

The preparations were kicked in right from the time he occupied the PMO in May 2014.
Opening of Zero balance Jan-Dhan Yojana accounts, Aadhaar UID Registration drive and linking of the two over the next two years was basically to ensure:

a) Financial inclusion for the BoP (Bottom of Pyramid) population and
b) Implementing Direct Cash Transfer for the various Social Welfare schemes.

Moreover, during the last one year, aggressive drive towards IDS, even by extending the last date, followed by serious warnings to declare unaccounted cash & income were all very much part of the preparations for the larger game-plan that concluded with DeMo.

And finally, for those who always need a stamp of approval from the West:

World Bank CEO lauds PM Modi’s demonetisation move, says “What India has done will be studied by other countries”

“PM Modi’s decision to ban high-value banknotes as part of efforts to stamp out corruption will have a profound and positive impact on India’s economy,” she told Hindustan Times. “What India has done will be studied (by other countries). There hasn’t been such demonetisation in a country so big,” she further told HT.

“While demonetisation has, in the short term, created some impact on businesses dependent on cash, in the long term the impact will be positive… The reforms India is targeting are profound.”

“India is the bright spot in today’s global economy and it is visible in the country’s performance and more so in the aspirations of the people here,” she said.

In the final analysis, crux of the matter is beautifully hidden in these lines below: